This is the time of the year when my TBR pile pretty much explodes as I read through everyone’s best-of lists.  Which, for the record, is perfectly fine – I’m of the firm belief that one cannot have too many books.

So to add to the lists, here are my very favourite books of 2018, in no particular order: 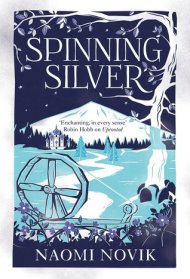 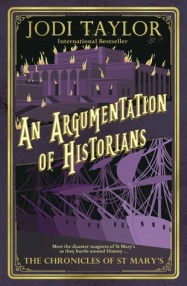 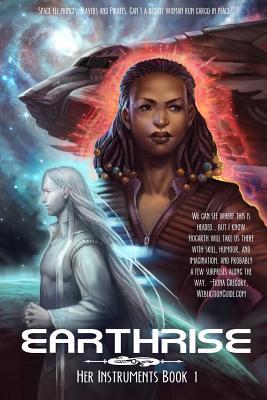 Jodi Taylor’s AN ARGUMENTATION OF HISTORIANS (fantasy): I swear that I’ve learnt more about history from her books than I did at school.  There’s maximum entertainment in this one, with some suspenseful moments and lovely touches on the relationships front – start with the first book if you’ve not read this series yet, and you won’t regret it.

Kate Stradling’s BRINE AND BONE (fantasy): The loveliest retelling of THE LITTLE MERMAID – this one stayed on my mind for days after.

MCA Hogarth’s Her Instruments trilogy (SF): Technically three books and a novella, but I read it as a boxset and it made a very long flight pass very quickly.  This was pretty much everything I love – a fast-paced space opera centered around found family, plus a slow-burn romance with a stoic and mysterious hero.

MCA Hogarth’s FROM RUINS (SF): Also by MCA Hogarth, also set in the same universe, but wildly different in tone.  FROM RUINS caps off her Princes’ Game series – it’s darker than I would normally care for, but she pulled it off and in a entirely satisfying manner.

Anna Butler’s THE JACKAL’S HOUSE (romance): Anna Butler’s a new-to-me author and I’ve pretty much flown through her backlist this year.  This steampunk-ish historical fantasy was the perfect follow-up to The Gilded Scarab, but with more adventure, romance, and politicking.

KJ Charles’s BAND SINISTER (romance): Of course I would love KJ Charles’s take on a Heyer-esque romance.  She nailed it with this one – somehow combining big dramatic gestures with a quiet and wholly satisfying romance.

KJ Charles’s THE HENCHMEN OF ZENDA (romance): And of course, I would love KJ Charles’s take on a classic.  This was an utter joy to read from start to finish – sniping and swordfights, friendships and loyalty, and oh yes, the romance.

So in total, eight books (or twelve, depending on how you count boxsets!) and six authors.  I’ve listed the main genre, but all of them have a strong thread of romance running through them – I’m entirely consistent that way!

To follow – more general thoughts about 2018 reading-wise, plus my usual number-crunching.